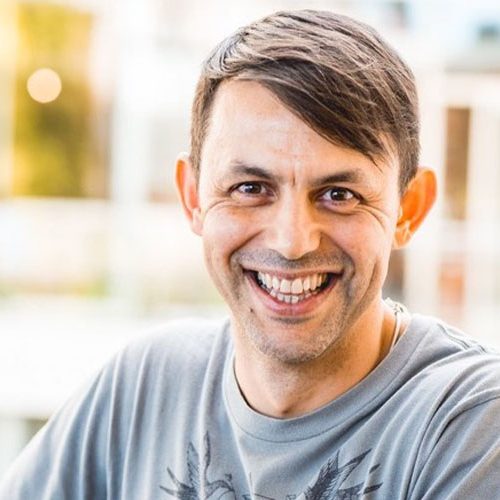 Simone Ravaioli is an EdTech influencer with a specific expertise on digital micro-credentials and interests in Blockchain technologies.

Simone holds a Bachelor and Masters Degree in Management Information System from Loyola University Chicago (2001). After a corporate experience in New York and Milano, he joined CINECA (2006), the leading consortium of Italian Universities dedicated to developing Student Information Systems for HE. As International Affairs Manager, Simone led the organisation’s international strategy in the EHEA, as well as setting up its operations in Turkey.

In 2007, Simone became a founding member of RS3G – an international group of HE implementers focusing on data exchange standards.

From 2010 to 2014, he was chair of the Digital Student Data Portability task force of European Association for International Education (EAIE); an entity that went on to seed the creation of the Groningen Declaration Network (2012) of which he is currently a relentless activist.

He became the EAIE Rising Star recipient in 2011.

In 2014, the epiphany with Open Badges saw Simone become Chief Dreamer of Bestr, the first Italian badging platform and this appointment saw him invited as a TEDx speaker in 2015 in Bologna

In 2016, he contributed to kickstarting BadgeChain, an early initiative aimed at exploring the impact of the Blockchain revolution onto the Open Badges ecosystems.

Since early 2017, he has served as Business Development Executive EMEA at Digitary, a global provider of secure online credentials in Higher Education with a special mandate to bring into the strategic roadmap digital micro-credentials and blockchain architectures.

In 2017, he was invited as keynote speaker at the launch of both the EntreComp framework and ESCO, which led to further scoping work on Open Badges and Competence Frameworks for the Joint Research Center of the EC.

Simone currently sits on the Advisory Board of the Open Recognition Alliance.

All Sessions by Simone Ravaioli