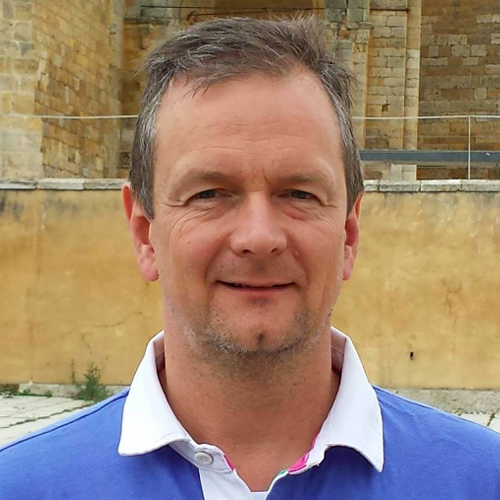 Timothy Read is a Senior Lecturer in the Department of Computer Languages and Systems at UNED. He has held several positions in the university government there and is currently the Associate Pro-Vice-Chancellor for Methodology and Innovative Technology.

He is the co-founder of the ATLAS research group and has directed several national and international funded projects on applying Information and Communication Technologies to Languages for Specific Purposes. He is currently working in the areas of Mobile-Assisted Language Learning and Language Massive Open Online Courses, and their applications for social inclusion and employability, and the role of analytics in these areas.

He has also been a member of diverse scientific committees and has collaborated as an evaluator of national and international research project proposals. As well as his academic career, he has worked in different international companies including Rolls Royce (the work he undertook there was subsequently patented), Hewlett Packard, and the telecommunications company I.T.T. In 2015, he was awarded the title of EDEN Fellow from the Executive Committee of the European Distance and E-Learning Network in recognition of the work he has undertaken in this area.

Recognition, certification and accreditation for displaced people: the case of the MOONLITE project

Refugees and migrants often live in dynamic and unstable social conditions that make achieving social inclusion, training and relevant employment challenging, to put it mildly. How can we address their problems using open educational resources and practices that lead to some form or recognition, certification and accreditation? In the MOONLITE project (www.moonliteproject.eu) some initial steps are being taken.

All Sessions by Timothy Read